Original version of this instance policy said: "Note that this server will not be shut down permanently for at least 12 months after the moment this notice is still there."

This changes today to "Note that this server will not be shut down permanently until at least March 13th, 2022."

Further service disruptions due to defederation are expected during the remaining year. You are advised to move to another instance.

We tried to communicate with their admins, but we were only able to get a response along the lines "we defederated because of you did not take any actions over unspecified block evasion and unspecified behavior of one of your users", and further attempts to clarify were left unanswered.

Considering that in the past it took us two months to get lgbt.io to reverse their block (which they imposed basically because of the technical issue), two months _after_ we learned about defederation and first reached out to their admins - I don't see any point in trying to appeal these defederations, regardless of what will go on with embracing.space.

So you may safely assume that federation with these instances will never be restored. Unfortunately, we also have no way of knowing what other instances suspended embracing.space (but we expect this list to grow over time).

I advise you to move to some other instance.

I'm so tired of the meta.

No, pedophiles or fascists or nazis are absolutely not allowed to remain on this instance. They all should be suspended immediately.

But just saying "X is a pedophile" or "X is a nazi" does not make X a pedophile or a nazi.

If I receive a bunch of name-calling reports saying "X is pedo, suspend them at once, you nazi piece of shit" and do not act on them, it is not because this instance is welcome to pedophiles (it is not). It is because I do not think X is a pedophile (and also because calling me names does not make your argument any more compelling).

And it would require a bit more to convince me they're a pedophile than just posting taken-out-of-context screenshots of their controversial take on child autonomy, made two months ago on another instance - take that was posted from the perspective of children, and for which they already apologized.

Maybe try checking the context of these screenshots.
Maybe try not automatically interpreting that take in bad faith.
Maybe try to think what would your reaction be if it was posted by someone just a couple of years younger, before their 18th birthday.

Unfortunately, elekk.xyz apparently suspended this instance, because its admins are not comfortable allowing their space (which includes minors) to overlap with this space.

I do not think that the person in question poses any danger to minors or breaks any rules, so I won't take any action on that, and the federation status between us and elekk.xyz will not change.

In practice this means that while this instance still receives (some) posts from elekk, interaction with elekk users will be impossible, your interactions (likes, boosts, replies, comments) will never reach elekk.

If you have friends on elekk, it might be time for you to look for another instance.

@skelly@redroo.ml @KingBee@monads.online Making a new account and using it to interact with people who (knowingly for you) blocked your old account is block evading. People blocked you, they don't want you to interact with them, you have to respect that decision.

Making a new account on the same instance that suspended your old account is block evading. Its admins decided they don't want to host you, you have to respect that decision.

Making a new account on a new instance because an old instance had suspended you is not block evading.

We cannot get any confirmation or explanation from hellsite admins because they ignore our enquiries. So we have no way of knowing if this situation could be resolved in any way in the future.

If you need to communicate with hellsite users, you should probably look for another instance.

We believe that hellsite approach to federation is irresponsible, and we would also recommend hellsite users to migrate another instance with more transparent moderation policy.

It looks like hellsite.site unfederated from this instance three days ago, without any notice or warning.

Hellsite does not make a list of blocked instances public, so we could not confirm it is that way. However, nothing seems to federate between our instance and hellsite.

We tried reaching out to hellsite admins from another instance, but they ignored our messages.

@trumpet Hi, how can we get access to your relay? 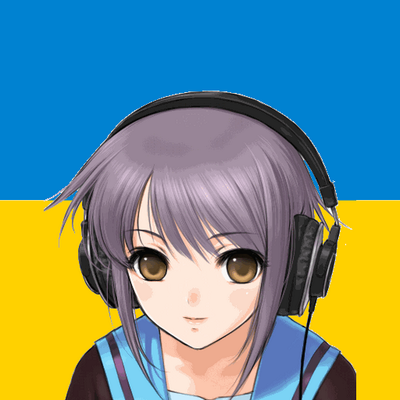 "We were unknowingly infected with a follow-bot who caused significant technical and financial problems on our instance. Other instances, while knowing, did not warn us about that, but just silently unfederated from us. And it was even more effort getting federation back than it was to fix the follow-bot problem.

This could happen to everyone! Any instance can be a victim!"

"Now think about how 4channers ... can ... cause [any] instance to be cut off from a significant chunk of fediverse, without its admin noticing? Do we want to help them dismantle the fediverse?

Warn other instances' admins about bad things going on, not just silently unfederate from them!"

(A thread about some problems my instance bumped into - thankfully mostly resolved now, but there are some lessons for all to learn from this: https://embracing.space/@admin/104626032660832446)

Conclusion on our federation problems, lessons for other instances (3/3)

Now think about how 4channers or other bad actors can create a similar bot on any instance with open registrations (or just having an user with a weak password), and in that way cause such an instance to be cut off from a significant chunk of fediverse, without its admin noticing? Do we want to help them dismantle the fediverse?

Warn other instances' admins about bad things going on, not just silently unfederate from them!

Conclusion on our federation problems, lessons for other instances (2/3)

Note how, had beach.city not only published their notice, but also warned us (or even simply mentioned us in that notice), it could all be fixed in the beginning, without any trouble, without any downtime, without any additional hosting expenses for this instance.

Note how, had lgbt.io told us they were going to unfederate for that reason, the problem could be solved so much earlier and without other unfederations?

Conclusion on our federation problems, lessons for other instances (1/3)

All the previous post-mortem boils down to this: we were unknowingly infected with a follow-bot who caused significant technical and financial problems on our instances. Other instances, while knowing, did not warn us about that, but just silently unfederated from us. And it was even more effort getting federation back than it was to fix the follow-bot problem.

This could happen to everyone! Any instance can be a victim!

An (incomplete) post-mortem on recent federation problems there (14/14)

It might well be that full links with fediverse will be never restored, not under this name...

An (incomplete) post-mortem on recent federation problems there (13/?)

Thankfully, we managed to negotiate with some of these instances to federate with them again. Most recent addition is lgbt.io, who restored back a federation with us on July 28th, 2020 (and it was during negotiation with them that we learned beach.city public notice was a reason for unfederation).

So we can hope that federation is mostly restored by now. However...

An (incomplete) post-mortem on recent federation problems there (12/?)

Unfortunately, at no point has anybody contacted the admins of that instance. lgbt.io just silently unfederated, and some other followed the lead.

We realized that by doing a google search for "embracing.space", which is not as easy as it sounds. It was unpleasant, to learn that some large and nice instances publicly unfederated from you without notifying you or stating any reason for unfederation.

An (incomplete) post-mortem on recent federation problems there (11/?)

However, that was not all of it.

Turned out somewhere between October 2019 and January 2020, lgbt.io took beach.city public notice as a call to action, and unfederated from our instance, breaking several mutual relationships in the process.

lgbt.io has a public block list, meaning that everyone could see our instance on it, alongside gab and the like. And at least some other instances based *their* block lists off lgbt.io.

An (incomplete) post-mortem on recent federation problems there (10/?)

So, by 20th January 2020, after two days of downtime in December, and several days of manual mitigation in both December and January, we finally got rid of the follow bot, somehow cleaned up our federated timeline, and made Mastodon resources consumption somewhat manageable.
Around 90% of all media storage over 17 months of this instance was generated by that single bot over two months of its rampage.

An (incomplete) post-mortem on recent federation problems there (9/?)

We also tried to search for "forfast" on google and found that beach.city public notice from two months ago: https://beach.city/@moderation_alerts/103024097829866681