I was an election observer and then poll station worker in #Russia for 6 years. It was just as you could imagine. 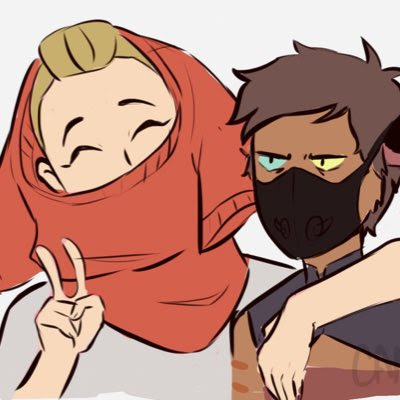 @laura @tty their hostility towards observers and independent workers, of course. But a fun thing with fraud: on every election I witnessed, our polling station produced 10-20% lower results for the ruling party or its candidates compared to other polling stations that were located in the same school and serviced the same general area (just other buildings).

And also every polling station has a cop assigned to it, who has to "maintain order" there for the entire day; and of course these cops always side in with the long-term members (school teachers).

And polling station chair often talking to her superiors on the phone in her cabinet, which she is absolutely not allowed to do but does anyway (all chairs do it) and you wonder if she just reports a turnout or if she gets some orders on what percentage should she put for the ruling party in the final protocol.

Another thing I remember is some candidate from the ruling party trying to barge in to our station during the vote count.

Oh, and long-term members (basically everybody but you) absolutely do not follow the official instructions / regulations on the counting process (which is, on paper, supposed to prevent fraud during counting). Of course they want to speed up the process, but that also allows them (especially a chair and vice-chair) a lot of opportunity for fraud.

So as an independent worker you don't have the luxury of getting a bathroom break, for example (who knows what they'll do while you're on break), so you just spend all the time there, from 7:00 (when they seal the ballot boxes) to sometimes 3:00 in the morning the next day (we were lucky to never have a recount, or it could easily have been be 7:00 in the morning the following day).
And during the day you have to do two jobs at once: to issue ballots to the people that come to your desk, and also to count everybody who comes to other desks so that you'll be able to compare this data with their internal per-desk tallies they do a couple of times per day as a part of computing intermediate turnout, in order to make sure that no other worker has issued more ballots than there were people (which is a popular variety of fraud), and then compare your total tally you painstakingly computed during the day on you own sheet of paper with the official total tally.
And then during the ballot counting you have to do whatever they assign to do and _also_ try to keep an eye on the checkmarks in ballots sorted by other members, and then try to compare thickness of ballot stacks to the official results to make sure they make sense.

@IngaLovinde I'm not really sure what to imagine. Curious to hear more about your experiences.

@tty you mean the process itself, or the fraud?

@IngaLovinde I was asking generally